Europe has just commemorated the 75th anniversary of the German surrender in May 1945. For us World War II was over, although in the Far East it would continue for several more months. In the Netherlands, Liberation Day is 5 May, when German capitulation became effective. That is: in the northern part. The south had been liberated already in the fall of 1944, but then the Allies were unable to cross the large rivers dividing the Netherlands.

During the remaining months of occupation the north suffered terribly from what is known as ‘the hunger winter’. Some 20.000 people died from hunger and cold. I have lived in a house in Amsterdam where pieces of the wooden beams had been chopped off for heating.

Because of corona all large commemorations were cancelled, but our main news agency still has daily news bulletins reporting events of 75 years ago as if they happened today. This is confronting. I am learning a lot more about the daily suffering in my country, also after Liberation Day.

But these daily news bulletins add a new sense of how it must have been. And how it must have felt. They tell about village after village being conquered, often with very heavy civilian losses. Some look similar to German towns after the war. History books can only give a summary, but in these daily news bulletins it goes on, day after day, week after week. History is becoming stories. I also didn’t know that in the last weeks and days of the war the Germans still executed so many prisoners. The war was already lost!

It also makes me aware that for many people liberation meant ongoing suffering. Of course, I knew how strongly this applied to the few Jews who returned. Their homes were taken by other Dutch people, their relatives gone. I also knew that on 5 May, as a huge crowd was celebrating liberation on the Dam Square in Amsterdam, German soldiers in a nearby building opened fire and killed 30 people. Liberation? Similar things happened even in small villages.

There was the mourning. And what about the uncertainty, not only among Jews, about the thousands who had been deported? How did this feel, day after day? In October 1944 a German officer was killed by the resistance near the village of Putten. The Germans revenged by setting more than 100 houses afire and deporting some 600 men to German concentration camps. On 14 April 1945 Putten was liberated by Canadian tanks, but the fate of the men remained unknown. People kept hoping. Then, on 10 May, five days after Liberation Day, there was news. In a packed church, in dead silence, the reformed minister read the names of 180 men who were now known to be dead. And the others? Eventually, it turned out that 550 of the 600 had been murdered or had died of hunger, disease and exhaustion. Liberation?

I keep writing: ‘the Germans’. The Germans bombed, the Germans killed. When I talk about the war with my German friends they often say ‘the Nazi’s’. The Nazi’s bombed Rotterdam. The Nazi’s executed hostages. I can fully respect this. They are a new generation, –and a generation that has dealt with the war in a far more serious way than has been the case in many other countries. (Take France and the silence about the Vichy regime! Or take the Dutch inability to deal with our colonial past.) I admire this. Still, we will keep saying ‘the Germans’. In what I read about Crete in May 1941 it is the same. The Germans invaded Crete. The Germans massacred villagers. Of course, we know that not all Germans were Nazi’s, that also many Germans died in concentration camps, that there were German resistance groups. Still, this is how we look at the war.

Some initiators of reconciliation came straight from concentration camps. I have known several of them. They had suffered. But then they saw in Germany the suffering there. The millions of German refugees. The children without parents playing in the ruins of their homes. The hunger. They set up diaconal help. This became crucial for post-war ecumenical work in Europe. Reconciliation started with recognizing the daily reality of suffering.

Parallel to this was the political work. Some of the ecumenical pioneers were also pioneers of European integration. Don’t repeat the mistakes after World War I, our future in Europe must be a future together. What today is the European Union is the most important reconciliation project of the 20th century.

Last October on Crete I visited Kandanos and other places with stories like the one of Putten. But I visited also both the Commonwealth and German war cemeteries. And as part of commemorations in my own country I have stood at American, British, Canadian and also German graves. I often do. There I can just think of young men, parents, wives and children, one generation ago.

But when driving home I also think of the future. The current threats for European integration. The returning anti-semitism and extremism. White supremacy. Exclusive nationalism. I hope that the corona crisis will not feed this dangerous polarization. And I realize that reconciliation work like practiced by the Orthodox Academy of Crete is as relevant today as when it started.

Reflection on “Liberation and Reconciliation after World War II” of Laurens Hogebrink (1942) from the Netherlands. He has served as head of the Church and society dept. and the Europe unit of the Protestant Church of the Netherlands and member of diff. Commissions of the World Council of Churches and the Conference of European Churches. 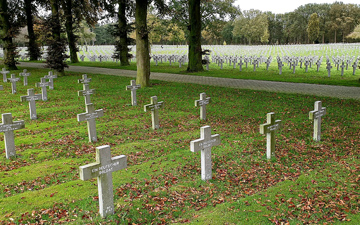 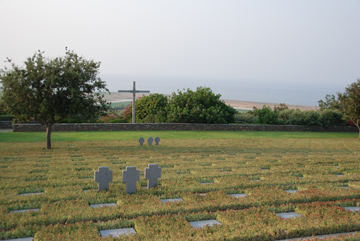 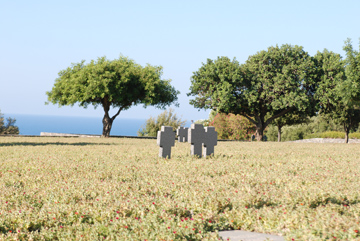